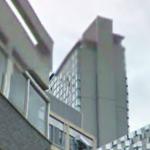 The scheme consists of a 32 storey tower called St Paul's Tower, which is primarily faced with glass, along with a 9 storey block called St Paul's View, which is primarily faced with glass, sandstone and bronze. They are linked at the bottom by one floor of retail space and a roof terrace atop the retail building.
Links: en.wikipedia.org
417 views