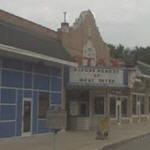 After Stax Records went bankrupt and closed in 1976, the Stax studio was sold by the Union Planters Bank to Southside Church of God in Christ, located nearby on McLemore Avenue. Except for a brief time when it was used as a soup kitchen, it was allowed to deteriorate so it was torn down in 1989. The neighborhood had deteriorated badly and by 1998, a group of concerned people and anonymous philanthropists spearheaded a nonprofit revitalization effort for the area which was dubbed Soulsville after the slogan "Soulsville U.S.A." which Stax called its studio on its former theater marquee as a counterpoint to Motown Records' Hitsville U.S.A.

Construction began on the Stax Museum and adjacent Stax Music Academy on April 2001 and the museum opened in May 2003. The Stax Museum is a replica of the Stax recording studio, the former Capitol Theatre, down to the sloping floor of studio A. It is a 17,000 square feet (1,600 m2) museum with more than 2,000 videos, films, photographs, original instruments used to record Stax hits, stage costumes, interactive exhibits, and other items of memorabilia. Some of the standout exhibits include an authentic 101-year-old Mississippi Delta church to help show the gospel roots of soul music; the Soul Train dance floor, Isaac Hayes' restored 1972 gold-trimmed, peacock-blue Cadillac El Dorado; and a changing gallery where special exhibits change five times each year.
Links: en.wikipedia.org
518 views