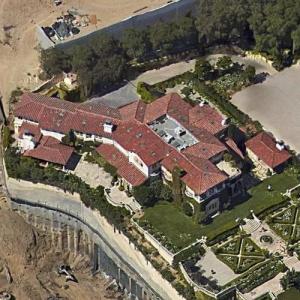 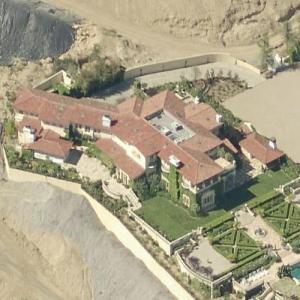 By DonMartini @ 2006-06-30 04:11:42
@ 34.0878167, -118.4396549
Los Angeles, California (CA), US
Stephen Bollenbach is an American businessman, currently serving as the President and Chief Executive Officer of Christopher Reeve Paralysis Foundation. Previously, he has been the CEO of Hilton Hotels, nonexecutive chairman of Los Angeles based KB Homes, and chief financial officer at Disney.

Bollenback was born in 1942 and attended the University of California-Los Angeles where he graduated in 1965. After achieving his MBA from Cal State Los Angeles in 1968, he began his career in the savings and loan industry, learning how to make acquisition deals from the real estate tycoon Daniel K. Ludwig. Soon, the company became the largest banking institution in the state of Arizona, financing tract homes, office buildings, and large construction deals. By 1982, he had made a name for himself as a smart, thoughtful businessman, and moved to the Marriott Corporation to take a role as treasurer and senior vice president of finance where he served during the hotel development boom and expanded Marriott across the world. In five years, Bollenback left the company, but was brought back in 1992 to help the company restructure during a financial recession. His plan, splitting the company in two, saved the company and put it back on its feet.

In 1995, he moved to the Walt Disney Company, and where he was credited with helping persuade Chief Executive Michael Eisner last summer to ante up $19 billion to buy Capital Cities/ABC Inc., in support of Disney's plan to expand international growth.

After his plans made a big splash and shareholder value was up, Bollenbach was approached by Barron Hilton to become CEO of Hilton Hotels and assist with another special project, spinning-off Hiltons large gaming business - a position which he accepted only nine months after joining Disney.

Having already made his name in hotel wheeling and dealing, Bollenbach spent no time jumping in, carrying out the plan to separate gaming from Hilton Hotels to create Park Place Entertainment, creating the Hilton Garden Inn group, and Hilton's purchase of the Promus Company and its 1,700 hotels, which gave Hilton limited-service, extended-stay, and all-suite products, better known as the Hampton Inn, Homewood Suites, Embassy Suites, and Doubletree brands.

In 2007, Bollenbach arranged to sell Hilton Hotels to Blackstone Group LP for $20 billion, which is a record in the hotel industry. When the deal was completed, he stepped down as CEO.

Over the course of his career, Bollenbach has made more than $52 billion of transactions, and in each role has made his shareholders wealthier. In 2005, his wage was $31.4 million in total compensation.

The reason this home was posted, and has accumulated so many views over time, is because it was misidentified as the home of Academy Award-nominated American actor Leonardo DiCaprio. On 9/19/09, it was corrected.
Links: en.wikipedia.org
74,741 views