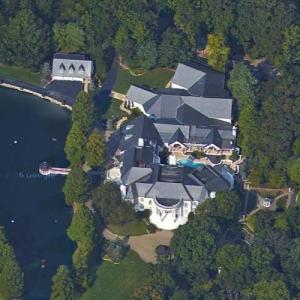 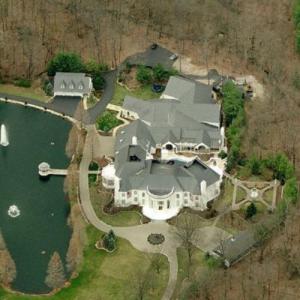 Chancellor was born in Evansville and grew up in Elberfield, Indiana. At the age of 16, he began working as a truck driver then started working in finance, becoming the assistant vice president of CrediThrift. He then became the president, CEO, and chairman of Black Beauty Coal, Co. He sold his interest in Black Beauty to Peabody Energy in 2003. He is now the chairman and CEO of American Patriot Group and serves on the board of Ameriqual Foods.

An avid big-game hunter with nearly 500 kills, Chancellor was appointed to an advisory committee by US Interior Secretary Ryan Zinke in 2018. This committee examined rules regarding the importing of skulls and hides from African big game, including elephants, rhinos, lions, leopards, and Cape buffalo. Chancellor, who had sought approval in 2016 to import parts of a male lion he intended to kill in Zimbabwe, hosted a fundraiser that same year for then-candidate Trump at the house shown here.

Chancellor is Catholic and supports the Catholic Diocese of Evansville, Resurrection Catholic School and Church, and Mater Dei High School.