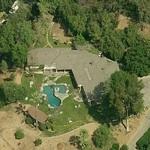 Beginning in September 2015, Chen's businesses were raided and shut down by the federal authorities, who charged that he had bilked investors out of at least $32 million.

Chen purchased this property for $5.3 million in April 2015. The sale was all-cash, according to public records. He also owns another larger mansion in the same gated community that was purchased in 2014, where he never lived but did hold an "investor gala" that was documented on YouTube. He had submitted plans to the city to tear down that mansion and replace it with a massive 20,000 square foot compound.

Chen's two Bradbury properties were purchased for a total of approximately $10 million. In November 2015, at least one of them was seized by federal regulators.