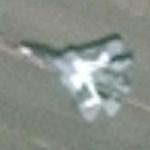 The PAK FA, a fifth generation jet fighter, is intended to be the successor to the MiG-29 and Su-27 in the Russian inventory and serve as the basis of the Sukhoi/HAL FGFA being developed with India. The T-50 prototype performed its first flight 29 January 2010. By 31 August 2010, it had made 17 flights and by mid-November, 40 in total. The second T-50 was to start its flight test by the end of 2010, but this was delayed until March 2011.

The Russian Defence Ministry will purchase the first 10 evaluation example aircraft after 2012 and then 60 production standard aircraft after 2016. The first batch of fighters will be delivered with current technology engines. The PAK-FA is expected to have a service life of about 30–35 years.
Links: en.wikipedia.org
1,817 views