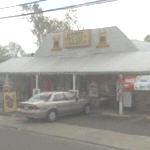 By Parabellum @ 2009-06-27 10:33:54
@ 30.411914, -92.066187
Sunset, Louisiana (LA), US
Well it seems like everybody has got their own recipe for boudin, and it was—when I took it over there was a—there was a market manager here at the time, and he had his little recipe that he took from the recipe that was here before that man, and from that man from that man. It’s all traced down and everybody has got a better recipe. And it’s like when—when the market manager that was here left, I kind of—I kind of implemented my own little recipe from that point, you know, and I did more natural stuff. I added more celery. I added more natural peppers. I added more onions, bell peppers.
Links: www.southernfoodways.org
361 views