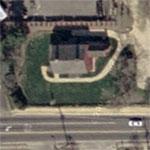 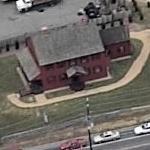 John Surratt and Mary Jenkins married in 1840. The first years of their marriage were spent on lands near Washington that he had inherited. After a disastrous fire, the family moved to a new area of Prince George's County, Maryland, a few miles from where Mrs. Surratt had been born and raised. The couple and their three children settled in by the fall of 1852.

Mr. Surratt quickly saw a business opportunity in his location at a crossroads. He opened two rooms of his home as a tavern and public dining room, and offered sleeping space upstairs for 25-cents a night. A livery stable and blacksmith shop across the road provided extra services to travelers and neighbors. By 1854, the tavern had become a community gathering place. A post office was opened there, and the town became known as "Surrattsville," with Mr. Surratt serving as the first postmaster. New election districts were created; in the Ninth (Surratts) District the "Surratt Hotel" was designated as the polling place.

As the 1850s drew to a close, Surratt Tavern was a hub of secessionist activity. One can imagine the names that presidential candidate, Abraham Lincoln, was called within its walls at the time of the 1860 election. The Surratts were slaveholders, as were most of their neighbors. In the presidential election that year, Mr. Lincoln garnered only one vote in Prince George's County. When the Civil War began, Mr. Surratt was a vocal secessionist, and his home soon became a safe house in the Confederate espionage system which flourished in the area.

Mr. Surratt died suddenly in the summer of 1862, leaving behind many debts. His youngest son, John Harrison Surratt, Jr., left college and returned home to take over the responsibilities of the farm and post office. He also became a Confederate courier. The postmastership was taken away from him when his allegiance became suspect, leaving more time for his espionage activities. The Surratts' oldest son, Isaac, had headed west earlier to join a Texas cavalry unit and serve the Confederacy.

With her husband dead and her sons away, Mrs. Surratt struggled to keep the farm and business going. The family had held as many as seven slaves, but when slavery was abolished in nearby Washington, D.C. in 1862, a number of them escaped to freedom. Mrs. Surratt and her young daughter had a heavy burden. However, they had an alternative.

In a complicated land swap in 1853, Mr. Surratt had become the owner of a second home at 541 H Street in Washington, which he rented out. Mrs. Surratt now decided to rent out the more isolated farm home and move into the city home to open a boardinghouse. It would prove to be a fateful (and fatal) move.

A scheme was brewing among Confederate sympathizers to kidnap President Lincoln and use him as a bargaining chip in the war. Because of his expertise in evading Union troops as he carried secret Confederate dispatches, young John Surratt was recruited by Dr. Samuel A. Mudd into a plot being hatched by the dashing and talented actor, John Wilkes Booth. Booth soon became a frequent visitor at the Surratt boardinghouse, as did other members of his gang. This plot would ultimately fail, but as part of the scheme, rifles, ammunition, and other supplies were hidden at the Surratts' country home.

The scheme turned to assassination. On the night of April 14, 1865, Booth shot President Lincoln at Ford's Theatre. Breaking his leg in a leap from the presidential box onto the stage, Booth fled the city. Meeting up with a cohort, Booth rode straight to the Surrattsville home to retrieve the items that had been left there earlier. The pair then fled south to the Potomac River and the northern neck of Virginia. On April 26, 1865, federal troops surrounded a barn in Caroline County, Virginia, and demanded that Booth surrender. When he refused, the barn was set afire. A soldier took aim through cracks in the barn and fired a fatal shot into the back of the assassin's neck. He was dragged onto the porch of a nearby farm house, where he died within a few hours.

When the Surratts' role in the scheme became apparent, the authorities went in search of John Surratt. He had been in New York on Confederate business at the time of the assassination and quickly fled into Canada. The authorities settled for his mother instead.

Mary E. Surratt was arrested, tried, and convicted of conspiring with John Wilkes Booth. She was sentenced to death by the military court which heard the case. The hanging evidence came from John Lloyd, her tenant, at Surrattsville. He testified that she had come to the tavern on the afternoon of the assassination, bringing with her field glasses to be hidden there for Booth and instructions to have "the shooting irons ready" for parties who would call that night. The military court viewed this as her having prior knowledge of the assassination.

On the afternoon of July 7, 1865, Mrs. Surratt climbed the steps to the scaffold at the Washington Arsenal Penitentiary. Her wrists, arms, and legs were bound, and a white, hanging hood was placed over her head. She stood beside three men convicted of aiding Booth. The signal was given, the scaffold fell, and Mary Elizabeth Jenkins Surratt became the first woman executed by the United States government.

Today, her restored country home tells the story of this epic period in American history through guided tours, special exhibits and events, bus tours over the Booth escape route, and a fine research center on site. Costumed guides relate the story that still fascinates scholars. And, the guilt or innocence of Mrs. Surratt continues to be debated.
Links: www.pgelegantsettings.com
1,576 views