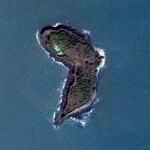 By kjfitz @ 2011-03-03 13:20:08
@ 17.816298, 73.084198
Harnai, India (IN)
Suvarnadurg (also spelt Severndroog in English, a spelling sometimes also used for Savandurga near Bangalore) is a fort that is located on a small island in the Arabian Sea, near Harnai in Konkan, along the West Coast of India, in the Indian state of Maharashtra. The fort also includes another land fort (small) called the Kanakadurga at the base of headland of Harnai port on the coast. Building of the fort is credited to Sultan Adilshah of Bijapur. The forts were captured by Shivaji, founder of the Maratha Empire, in 1660. Subsequently, Shivaji, other Peshwas and the Angres further fortified the forts for defence purposes.
Links: en.wikipedia.org
652 views