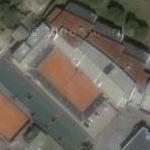 The first Swedish Open was held in Båstad in 1948 and it has been played each year ever since. The tournament is played on clay and features both a men's singles and doubles tournament. From 1948 to 1990 there was also a women's singles tournament.
Links: en.wikipedia.org
738 views