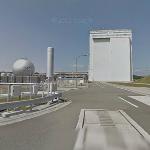 By kuressaare @ 2012-09-14 04:28:14
@ 30.402367, 130.974992
Tanegashima, Japan (JP)
The Tanegashima Space Center (TNSC) was established in 1969, when the original National Space Development Agency of Japan (NASDA) was formed. It is the largest rocket-launch complex in Japan (9,700,000 square meters) and is located in the south of Kagoshima Prefecture, along the southeast coast of Tanegashima. It is known as the most beautiful rocket-launch complex in the world.

On-site facilities include the following: the Yoshinobu Launch Complex, a launch site for large-size rockets like the H-IIA and H-IIB Launch Vehicles; Spacecraft Test and Assembly Buildings, where payloads of launch vehicles, satellites and explorers, are tested and assembled; and thd Spacecraft and Fairing Assembly Building. In addition , there are also tracking facilities in Tanegashima including the Masuda Tracking and Communication Station in the north, and the Uchugaoka Radar Station and the optical observation facilities in the west.

The TNSC’s main role is the management of satellites at every stage of flight including countdown, launching, and tracking. The TNSC is expected to play an increasingly important role as the demand for satellites grows.
Links: global.jaxa.jp
600 views