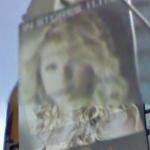 By kjfitz @ 2013-03-23 19:08:17
@ 34.136376, -118.355121
Hollywood, California (CA), US
Taylor Alison Swift (born December 13, 1989) is an American singer-songwriter. Raised in Wyomissing, Pennsylvania, Swift moved to Nashville, Tennessee at the age of fourteen to pursue a career in country music. She signed to the independent label Big Machine Records and became the youngest songwriter ever hired by the Sony/ATV Music publishing house. The release of Swift's eponymous debut album in 2006 established her as a country music star. "Our Song", her third single, made her the youngest person to single-handedly write and perform a number one song on the country chart. She received a Best New Artist nomination at the 2008 Grammy Awards.
Links: en.wikipedia.org
2,773 views