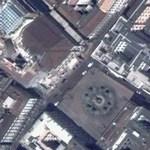 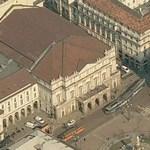 The cost of building the new theatre was borne by the owners of the boxes at the Ducal, in exchange for possession of the land on which stood the church of Santa Maria alla Scala (hence the name) and for renewed ownership of their boxes.