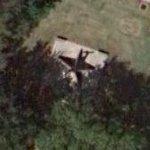 The star-shaped memorial is dedicated to the more than 289,000 Texans who served in the Korean War, and incorporates the names of the 1723 Texans either killed in action or missing in action. A bronze eagle by sculptor Edward L. Hankey tops the memorial.
Links: tspb.texas.gov
498 views