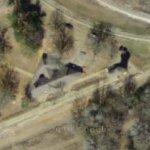 Engine 300 is one of two surviving United States Army “Pershing” engines. This type of engine was named after General “Blackjack” Pershing and built for service in Europe during World War One. Fortunately, this locomotive remained in the United States, primarily serving the Camp Polk Army Base in Leesville Louisiana.

This engine is a 2-8-0 type, meaning that it has two wheels in the front, eight drivers in the middle and no wheels at the rear of the engine. This wheel arrangement is commonly referred to as a “Consolidation”.


At the end of WWII the locomotive was acquired by the Tremont and Gulf Railroad, a Louisiana Short line. The T. & G. completely rebuilt the engine and renumbered it 28. The T. & G. sold number 28 to the Southern Pine Lumber Company, and East Texas short line operated by the Temple Lumber Company. After years of dedicated service, the company owner, Mr. Arthur Temple, donated the engine to the Texas State Railroad in 1973.

The engine was brought to the railroad in 1976. Boiler problems and budget restrains delayed restoration efforts until the late eighties when work began on obtaining a new boiler for the old war-horse. All running gear and appliances were completely reworked or replaced. After years of effort, engine 300 was put into active service on April 13, 1996 to commemorate the Texas State Railroad’s Centennial celebration. From her humble origins of hauling freight, lumber an munitions to her present occupation of transporting tourist and rail fans of all ages, Engine 300 has done it all with style and grace.
Links: texasstaterailroad.net
798 views