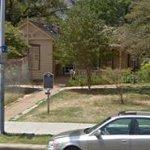 Born in Greensboro, N.C., moved to Texas in 1882, and lived on a ranch near Cotulla. Came to Austin in 1884, and in addition to writing, worked as a pharmacist, musician, draftsman, and bank teller. His first nationally published short story appeared in 1897.

Porter began writing under the name O. Henry during three years spent in prison. The 381 stories published while in New York, 1902-10, won him international fame. O. Henry's collected works have been translated into 10 languages.