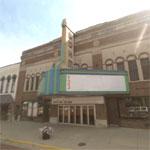 The theater has opened and closed a number of times over the decades. It was last operated by Albion College before closing once again in late-October 2007.

In April 2013, renovations began with plans for a reopening in December 2014. Once reopened it will have 400 seats.
Links: bohmtheatre.org
651 views