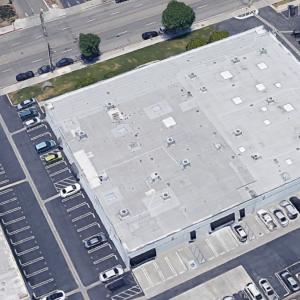 Rogan has had an interesting and diverse career in the entertainment industry, as an American stand-up comedian, mixed martial arts color commentator, podcast host, and former actor and television host. He began a career in comedy in August 1988 in the Boston area. After relocating to Los Angeles in 1994, Rogan signed an exclusive developmental deal with Disney and appeared as an actor on several television shows including Hardball and NewsRadio. In 1997, he started working for the UFC as an interviewer and color commentator. Rogan released his first comedy special in 2000. In 2001, Rogan put his comedy career on hold after becoming the host of Fear Factor and would resume his stand-up career shortly after the show's end in 2006. In 2009, Rogan launched his podcast The Joe Rogan Experience, that is recorded in this facility.

Joe Rogan has earned a net worth of $40 million. The Joe Rogan Experience is consistently one of the most popular downloads on iTunes. On it Joes used his comedy to discuss his support of drugs such as cannabis, mushrooms, and DMT. Rogan is a public supporter of the recreational and medical use of those drugs. He was featured in a marijuana documentary titled The Union: The Business Behind Getting High, and reportedly has an isolation tank in his home in addition to the one on site of this facility, that is supposed to foster a natural production of DMT. Rogan is an adamant supporter of these profound experiences, often encouraging his guests to partake in cannabis and the sensory deprivation tank. So much so, Rogan has spawned a popular meme, that depicts him in his podcasting station saying , thats crazy man have you tried DMT?’ to parody the flippant way Rogan recommends the drug offhandedly and often at innooportune moments.
Links: en.wikipedia.org
69,926 views