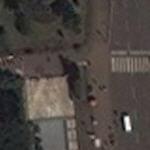 The monument is the work of a French sculptor Morris Calka, the winner of grand prix of Rome. Henry Shomet the Architect of the Addis Ababa City Hall selected him to be engaged in this task. The symbol of the monument served as a logo to the former Ethiopian Tourism Commission and is still serving the present Ministry of Culture and Tourism, depicting the country’s tourism promotion slogan ‘thirteen months of sunshine’.
Links: www.ethiopiantouristguide.com
585 views