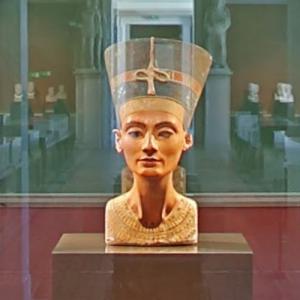 1912 it was found in the discovery of the sculptor Thutmose's workshop in Amarna, Egypt.

Since it's discovery it has been kept away or on display now and then, around Berlin.

The bust is one of the most copied busts in the World.
Links: en.wikipedia.org
630 views