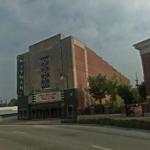 The exterior has been almost completely restored and work is continuing on the interior. The original lobby and projection booth are still in place, but the auditorium had to be gutted because of the severe damage it had sustained.

Current plans for the theater are for conversion into a multi-purpose community center.
Links: www.cityofgadsden.com
413 views