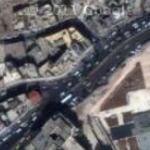 By kjfitz @ 2011-11-30 19:53:04
@ 31.951953, 35.937889
Amman, Jordan (JO)
The Rainbow Street (Arabic: شارع الرينبو), originally named Abu Bakr al Siddiq street, is a public space in the historic area of Jabal Amman, near the center of downtown Amman, Jordan. The street runs East from the First Circle to Mango Street, and contains several landmarks including the Embassy of Saudi Arabia and the British Council building, as well as the headquarters of the Jordan Petroleum Refinery Company and the cinema after which the street is renamed. It is also home to sites of Jordan's history, such as the al-Mufti House, the residence of King Talal and the home of former military commander and Prime Minister Zaid ibn Shaker.

Starting in 2006, Rainbow Street was transformed into a heritage attraction point by the Greater Amman Municipality.
Links: en.wikipedia.org
1,886 views