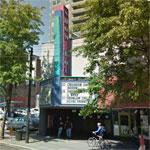 By jbottero @ 2013-03-12 17:51:03
@ 47.608369, -122.339607
Seattle, Washington (WA), US
Founded in 1939, Seattle's beautiful art-deco gem now known as Showbox at the Market is one of the town's very few extant entertainment venues that can lay claim to having provided local music fans such an astonishing breadth of music over the decades. From the Jazz Age to the Grunge Era, the storied ballroom has featured shows by touring icons such as Duke Ellington, Muddy Waters and the Ramones — as well as those by homegrown talents ranging from burlesque queen Gypsy Rose Lee to grunge gods Pearl Jam. Although Showbox has had its ups and downs in times past, today it remains active as a significant contributor to Seattle's music scene, presenting more than 200 concerts per year to a diverse group of Seattle music lovers.