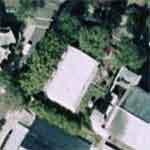 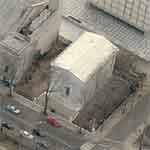 By jbottero @ 2009-02-26 22:46:06
@ 41.312091, -72.927104
New Haven, Connecticut (CT), US
The Society of Book and Snake is the fourth oldest secret society at Yale University. Book and Snake was founded at the Sheffield Scientific School in 1863 as a three-year society bearing the Greek letters Sigma Delta Chi. As other "Sheff" societies, it was once residential and maintained a separate residential building (or "Hall") built in 1888. Each year Book and Snake taps 16 new members, which is also in contrast to the others, most of which tap fifteen. Members are said to be leaders in different activities on campus and representative of Yale's academic, athletic, artistic and social scenes.
Links: en.wikipedia.org
1,427 views