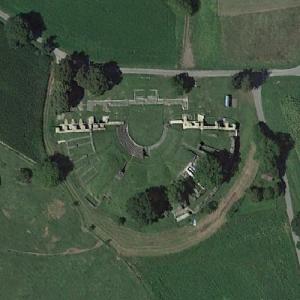 By Drudii @ 2017-01-18 10:51:04
@ 46.8801043, 7.0490268
Avenches, Switzerland (CH)
Aventicum is a former Roman town in modern-day Switzerland. The town was the capital of Roman Switzerland and was established in the early 1st century AD as the capital of the recently conquered territory of Helvetii. The whole town was surrounded by a wall.

The theatre was built in the early 2nd century in an area once occupied by scattered houses. It has been rebuilt and renovated many times throughout its time. In the last third of the 3rd century it was rebuilt as a fortified refuge with a mound added. It stayed in use until the middle of the 4th century. The whole theatre remains in good condition today.
Links: en.wikipedia.org
358 views