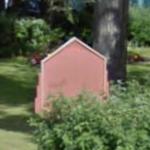 Elected the first Mayor of Brandon in 1882, Daly actively promoted civic development in the young and expanding community. As Conservative Member of Parliament for the constituency of Selkirk from 1887-1896, Daly championed western settlement and economic development. He was appointed Minister of the Interior and Superintendent-General of Indian Affairs in 1892, becoming the first federal Cabinet Minister from Manitoba.

Daly retired from federal politics in 1896 and was appointed Police Magistrate of Winnipeg in 1903. His efforts to establish separate legal jurisdiction for the young culminated in his appointment as Judge of the first Juvenile Court in Canada in 1909.
Links: www.dalyhousemuseum.ca
414 views