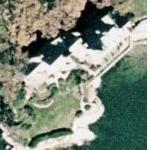 "In 1912, George H. Townsend, president of the Moto Meter Co. Inc., obtained the exclusive rights under Boyce patents to manufacture radiator and dashboard motor temperature indicators. With several patents successfully excluding others from the market, the Boyce Moto Meter dominated the American motor vehicle industry for two decades after Packard, Mercer and Stutz adopted these gauges. None of the handful of other gauge manufacturers by the mid-1920s (among them GideLite Thermomether, Jarvis Water Indicator, Moore Semaphoric Indicator) could boast, "today over 10,000,000 Boyce Moto Meters stand guard over motors throughout the civilized world," according to company literature of 1927."