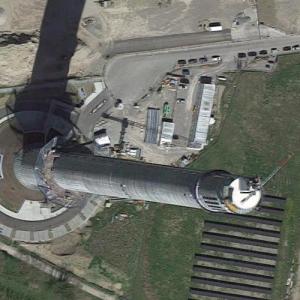 Upon completion in 2017, the 248m tower will have 12 separate elevator shafts for testing new elevator technology. It is reported that some elevators will travel at speeds of more than 40mph. ThyssenKrupp will also be testing elevators that move horizontally and do not use cables or ropes.