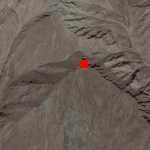 The Battle of Tiger Hill encompasses the battles fought in and around the the peak of Tiger Hill between Indian Army and Pakistani and allied force from the final week of May till second week of June, 1999 during the Kargil War in 1999. The Battle, with the concomitant battle for the adjoining peak of Tololing, culminated with Indian forces recapturing the peak on July 4, 1999. Indian forces involved in the operation included the 18 Grenadiers and the 8th Sikh regiment. The battle was one of costliest operations for the Indian forces in the entire conflict, with casualties nearly forty personnel killed and nearly a hundred wounded in the entire operation. Pakistan at the time denied regular troop involvement but Indian figures estimated twenty one killed in the battle for the peak itself.
Links: en.wikipedia.org
8,387 views