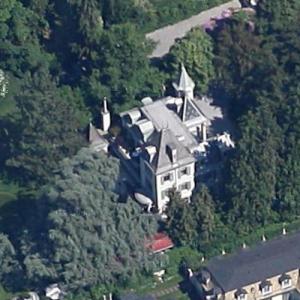 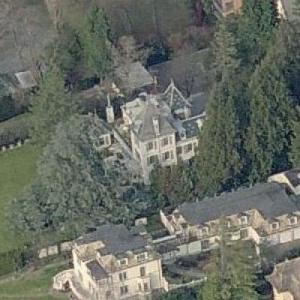 By BermudaBreeze @ 2008-05-08 12:55:30
@ 47.31341219, 8.58051193
Küsnacht, Switzerland (CH)
Tina Turner (born Anna Mae Bullock) is one of the most commercially-successful international female rock stars to date. She is known for a sultry, powerful voice, and has won eight Grammy Awards while selling more concert tickets than any other solo performer in history.

She was born in Tennessee, but moved to St. Louis, Missouri when she turned 16. Initially looking to begin a nursing career, Tina was called up to sing on-stage with Ike Turner's Kings of Rhythm in 1956, and displayed a natural talent for performing which the band leader was keen to develop. When the singer booked to record "A Fool in Love" failed to turn up for the session, Ike drafted in Tina to provide the vocal with the intention of removing it later. However, the record became a hit in no small part to Tina's vocals. It was at this time that she changed her name to Tina Turner and became a permanent fixture in Ike's band.

The Ike and Tina Turner Revue moved through large and small R&B and soul venues throughout the early and mid-1960s and were known for unsurpassed energy and excitement in the vein of James Brown and Ray Charles.

In 1966, Ike and Tina recorded "River Deep, Mountain High," which was a commercial flop in the United States, but became it was a monster hit in Europe. Tina's long love of Europe her superstar status on the continent, and her many homes there could be attributed to this time.

Some of Tina's solo singled include "Let's Stay Together" and "What's Love Got to Do with It. In 1991, she was inducted into the Rock and Roll Hall of Fame.

This property on Lake Zurich has been one of her homes since the mid-1980's. Her home in Nice (France), as well as some former U.S. real estate, is also featured on this site.
Links: en.wikipedia.org
146,147 views

Virtualjunkie
@ 2008-05-08 15:22:39
Excellent find. She has said that her time is divided between here and a home overlooking the sea just outside Nice, France.