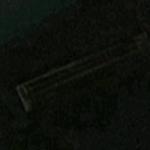 By adrbr @ 2009-03-14 03:30:55
@ 69.647127, 18.807971
Tromsø, Norway (NO)
Tirpitz was the second Bismarck class battleship of the German Kriegsmarine, sister ship of Bismarck, named after Admiral Alfred von Tirpitz. She never fired against an enemy ship but spent most of World War II in various bases in German-occupied Norway, where her mere presence was a great threat to the Allies, tying up huge naval and air forces to make sure she could be dealt with if she ever made an offensive sortie, and causing a major convoy to scatter and be destroyed piecemeal by other ships. Due to her role and bases of operations she was dubbed the "Lonely Queen of the North" ("Den ensomme Nordens Dronning") by the Norwegians. She was the second largest battleship ever built in Europe, with dimensions slightly exceeding those of her sister ship, but smaller than HMS Vanguard.