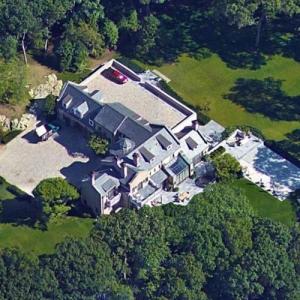 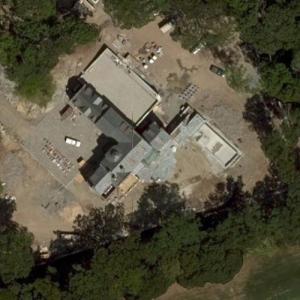 By jdubble07 @ 2013-10-16 12:24:10
@ 42.31751622, -71.15642596
Brookline, Massachusetts (MA), US
Pine Manor College sold 5.2 acres of property in Brookline, Massachusetts for $4.5 million to a limited liability company with ties to New England Patriots Quarterback Tom Brady and his supermodel wife Gisele Bundchen. The large estate resides on the world famous Brookline Country Club which is the oldest golf club in the United States.

The couple built the 14,000 sqft Richard Landry designed estate with every luxury in mind. The home boasts a massage room and spa with a relaxing rock waterfall, sauna, massage bed and rehab tub; a library with a balcony, a home theater (where Brady is often found watching old plays and studying the sport from every angle), a sun room, and wine cellar of sorts to name a few. Brady was also sure to include a high-security safe to keep his collection of 5 Super Bowl rings (and counting). In their expansive yard Tom Brady often hones his football skills practicing drills, building his endurance and strength. For Giselle there is a 1,342-square-foot yoga studio and there's even a 1,575 square foot cottage to house the "help."

Tom Brady is the quarterback for the New England Patriots of the National Football League. He is the only player to have won the Super Bowl five times with the same franchise, and only one other defensive player has won five superbowls besides Brady. His numerous accomplishments and accolades have famed him one of the greatest quarterbacks of all time. Brady is also infamous for the Deflategate football tampering scandal during the 2015 Super Bowl against the Colts. The Patriots were accused of deliberately deflating footballs resulting in a million dollar penalty for the team, and Brady was suspended for four games in the 2016 NFL season.

Gisele Bundchen is a Brazilian born model and actress. Gisele is one of the highest paid models in the industry. She was well known for being a Victoria Secret Angel from 200-2007. She pioneered her own modeling move, the "horse walk." Gisele was featured in the movie "Taxi" and "The Devil Wears Prada." She met Tom Brady in 2006 through a blind date set up by one of Brady's friends and in 2009 they married.