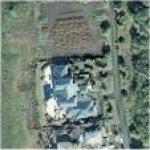 Previously, he was Senior Vice President and Director of the Information Systems Group at Dataquest Incorporated. Prior to Dataquest, Bredt worked for the Hewlett-Packard Company as an engineering manager in the computer systems, manufacturing applications and data communications groups. He also worked for Bell Laboratories and was a member of the Electrical Engineering faculty at Stanford University.