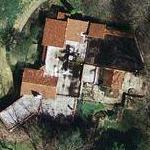 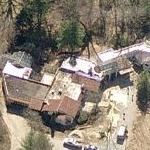 Griswold co-hosts the radio show The Bob & Tom Show together with Chick McGee, Kristi Lee, and Josh Arnold. Co-host Bob Kevoian retired at the end of 2015, making it more “Tom and Friends show” though they won’t likely change the name. This comedy-based early morning program is perhaps the highest rated American radio program. Not to mention the broadcast has been nationally syndicated since 1995. The show is broadcast from WFBQ's studios in Indianapolis, Indiana, the heartland of radio broadcasting. His impact still influences radio broadcast today.

Initially hired by WFBQ Radio in Indianapolis, India in 1983, Tom has remained with the station ever since. The Bob and Tom show would become a smash hit success as an early morning radio program. The program would grow into one of the most consistently popular shows in radio history. It can be heard from 6 am to 10 am on multiple stations across the country, and is syndicated nationally. "The Bob & Tom Show" was also aired as a television program on WGN America from November 2008 to September 2010.

The world class radio star has earned a net worth of $15 Million with an average salary of $4 Million Per Year. Impressive for radio! While many would recognize his voice, not many know what the star looks like. One of the perks to radio fame, Tom remains fairly invisible, despite the fact that millions over the nation have known his work.
Links: en.wikipedia.org
37,813 views