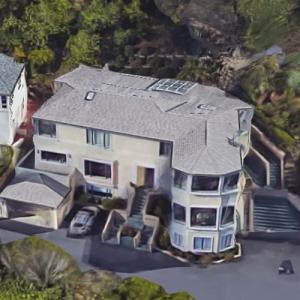 By jdubble07 @ 2017-10-27 11:33:31
@ 37.78713581, -122.49159922
San Francisco, California (CA), US
Tom Steyer is a hedge fund manager, philanthropist, environmentalist, progressive activist, and fundraiser who lives in this stunning California home, part time. Born Thomas Fahr Steyer he made a tidy billion as an American hedge fund manager, and would become a philanthropist, environmentalist, liberal activist, and fundraiser after his success in the business world. Currently, Steyer is focusing on political aspirations as a candidate in the 2020 Democratic Party presidential primaries. Steyer as of this writing is still in the race for party nominee.

Steyer had success as the founder and former co-senior-managing-partner of Farallon Capital and became the co-founder of Onecalifornia Bank, after the merger with Beneficial State Bank, an Oakland-based community development bank. Farallon Capital manages $20 billion in capital for institutions and high-net-worth individuals. The firm's institutional investors include the likes of college endowments and foundations. Since 1986, Steyer has also been a partner and member of the executive committee at Hellman & Friedman, a San Francisco-based private equity firm. Steyer also served on the board of trustees at Stanford University from 2007 to 2017

As part of Steyer’s commitment to philanthropy he and his wife signed The Giving Pledge which commits them to donate half of their fortune to charity during their lifetime. In 2012, he sold his stake in and retired from Farallon Capital. Switching his focus to politics and the environment, he launched NextGen America, a nonprofit organization that supports progressive positions on climate change, immigration, health care, and education. Thomas Steyer currently has a net worth of $1.6 billion. The couple has donated tens of millions of dollars to the Democratic Party, environmental causes, their alma maters Stanford and Yale for energy research, and created a foundation to start a community bank called One Pacific Coast Bank in 2004, and have spent an additional $50 million on it to date.
Links: en.wikipedia.org
29,154 views