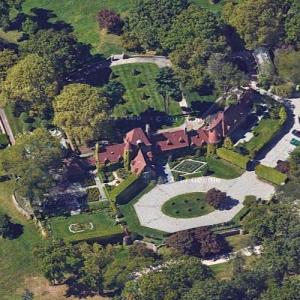 Hirshhorn went to work as an office boy on Wall Street at age 14. Three years latter, in 1916, he became a stockbroker and earned $168,000 that year. A shrewd investor, he sold off his Wall Street investments two months before the collapse of 1929, realizing $4 million in cash. Hirshhorn made his fortune in the mining and oil business. In the 1930s, he focused much of his attention on gold and uranium mining prospects in Canada, establishing an office in Toronto in 1933.
Links: www.architecturaldigest.com
11,208 views

He was CEO of AmeriServe.

In August 2000, AmeriServe announced it was selling its Canadian division to Prizm Brandz LP for just over $1 million and its entire equipment division to PrimeSource FoodService Equipment, Inc., a company formed by North Texas Opportunity Fund of Dallas. Then it announced it was selling the U.S. distribution division to McLane Company, Inc. McLane, a subsidiary of Wal-Mart Stores with $8.8 billion in revenues, was the largest distributor to convenience stores and the biggest distributor of cigarettes, next to the tobacco companies themselves