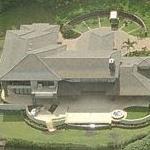 By Champion3 @ 2012-07-14 10:09:47
@ 21.00995346, -156.64443117
Lahaina, Hawaii (HI), US
Anthony A. Caputo is the founder and former CEO of Safenet, Inc., a computer security firm. During his time at SafeNet, Anthony Caputo planned and executed a range of public and private financings, spearheaded communication strategy, and eventually directed the process of selling the company to Vector Capital for $700 million. In 2005, NetWork World magazine named his business the fastest growing of the 200 largest technology companies. That same year, Baltimore Magazine awarded Tony Caputo its Best CEO title. Earlier in his career, he received the Entrepreneur of the Year distinction from Ernst & Young, one of the world’s largest accounting firms.
Links: www.ziggs.com
955 views