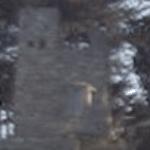 By kkeps @ 2008-10-06 18:52:58
@ 36.541767, -121.932627
Carmel, California (CA), US
In 1914, when they first saw the unspoiled beauty of the Carmel-Big Sur coast south of California's Monterey Peninsula, Robinson Jeffers (1887-1962) and his wife, Una (1884-1950), knew they had found their "inevitable place." Over the next decade, on a windswept, barren promontory, using granite boulders gathered from the rocky shore of Carmel Bay, Jeffers built Tor House and Hawk Tower as a home and refuge for himself and his family. It was in Tor House that Jeffers wrote all of his major poetical works: the long narratives of "this coast crying out for tragedy," the shorter meditative lyrics and dramas on classical themes, culminating in 1947 with the critically acclaimed adaptation of Medea for the Broadway stage, with Dame Judith Anderson in the title role.
Links: www.waymarking.com
1,404 views