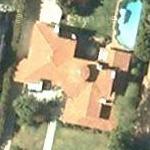 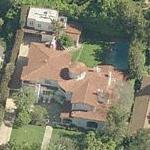 By tlp333 @ 2007-09-23 09:00:11
@ 34.057909, -118.49997
Los Angeles, California (CA), US
Famous and powerful attorney Debra Wong Yang lives here in the exclusive "Riviera" area of Pacific Palisades. She made history when, in 2002, she became the first Asian-American woman to serve as a US Attorney, when she was appointed by President George Bush to the Central District of California. This simultaneously made her perhaps the most powerful US attorney in the country, as the Central District has the nation's largest population of people.

Wong Yang resigned her post in 2006, when she left to become a partner at the law firms of Gibson, Dunn, & Crutcher, one of the most prestigious law firms in the world.

Wong Yang paid just under $8M for this house in May 2014. This is also a former home of Tracey Ullman, the comedian, actress, singer, dancer, screenwriter and author, who is most famous for being the host of her eponymous variety television show.
Links: en.wikipedia.org, realestalker.blogspot.com
3,198 views