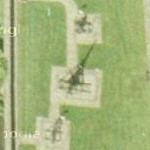 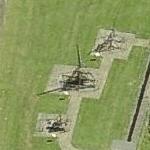 By kjfitz @ 2008-07-17 10:09:24
@ 51.575344, -3.219219
Caerphilly, United Kingdom (GB)
A trebuchet is a siege engine that was employed in the Middle Ages either to smash masonry walls or to throw projectiles over them. It is sometimes called a “counterweight trebuchet” or "counterpoise trebuchet" in order to distinguish it from an earlier weapon that has come to be called the “traction trebuchet”, though this is redundant.
Links: en.wikipedia.org
524 views