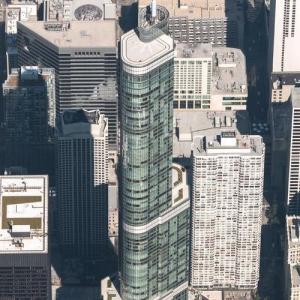 When completed, it will stand at 1,362 feet and will be the second tallest building in the United States behind the nearby Sears Tower. It stands next to the Chicago River and has a clear view of Lake Michigan. Construction will be completed in 2009.

The first winner of the Trump's reality-TV show "The Apprentice", Bill Rancic, won the right to manage the construction of this building.