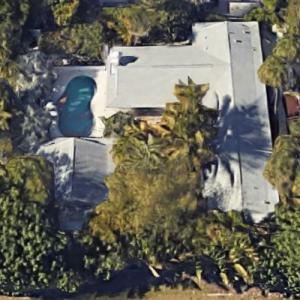 Tucker Carlson’s net worth is $30 million. He earns a reported $6 million per year in salary for his nightly Fox News show “Tucker Carlson Tonight”. He has hosted cable news since 2000, published several books, and co-founded the website The Daily Caller. He sold his 1/3 stake in The Daily Caller for an undisclosed sum in 2020.

Tucker Carlson was born in 1969 in San Francisco, California and moved to San Diego after his parents' 1976 divorce. He was raised by his father, Dick Carlson, a reporter and ambassador, and stepmother, Patricia Caroline Swanson, an heiress of Swanson Enterprises. He attended Trinity College, where he studied History.


Tucker Carlson's first journalism job was for conservative journal Policy Review and by the early 2000s he was writing for major publications such as Esquire and the Wall Street Journal. His first television hosting gig was on the short-lived The Spin Room on CNN. He worked for CNN, PBS, and MSNBC before landing on Fox News starting in 2009. His current show, Tucker Carlson Tonight, is the most-watched cable news show on television.

Tucker Carlson has been married to Susan Thomson Carlson since 1991. They have four children.
Links: en.wikipedia.org, www.yahoo.com, www.dirt.com, www.celebritynetworth.com
39,376 views

2) There's A Reason Why The Size Of Tucker Carlson's Viewing Audience Is Larger Than That Of MSNBC & CNN...Combined.

4) The Reason For All Those Things Is...Intellectual Honesty.

Anonymous
@ 2022-03-15 06:58:36
He is a Russian asset. His real estate deals should be scrutinized. Follow the money, some very suspicious transactions over the years, particularly in the DC area.

Anonymous
@ 2022-04-09 18:43:13
Some of the comments on this site confirm my fears about the dumbing down of America. Does anyone think any more? I suspect Carlson doesn’t believe all the BS he spews but knows enough mental midgets do which makes him a rich man.