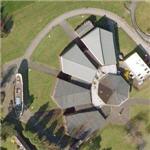 By kjfitz @ 2010-04-18 11:49:23
@ 54.655925, -5.804957
Holywood, United Kingdom (GB)
The Ulster Folk and Transport Museum is situated in Cultra, Northern Ireland, about 11 kilometres (7 miles) east of the city of Belfast. It comprises two separate museums, the Folk Museum and the Transport Museum. The Folk Museum endeavours to illustrate the way of life and traditions of the people in Northern Ireland, past and present, while the Transport Museum explores and exhibits methods of transport by land, sea and air, past and present. The museum ranks among Ireland's foremost visitor attractions and is a former Irish Museum of the Year. It is one of three national museums of Northern Ireland.
Links: en.wikipedia.org
532 views