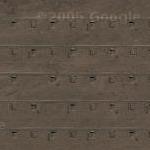 By letnry @ 2005-04-27 03:12:33
@ 45.835218, -119.431429
Umatilla, Oregon (OR), US
Umatilla Chemical Depot (UMCD) is a 19,728-acre military facility located in northeastern Oregon, on the border of Morrow and Umatilla counties. It was established as an Army ordnance depot in 1941. Activities at the facility have included the disassembly, analysis, modification, reassembly, repacking, and storage of conventional munitions, and the storage of chemical-filled munitions and containerized chemical agents. The UCD facility is currently slated for realignment under the Department of Defense Base Realignment and Closure program. When the Army eventually vacates the sites, the facility could be released to private interests for either light industrial or residential use. Retention of the Ammunition Demolition Area (ADA) under Government control for use in military training is also being considered.

Formerly known as the Umatilla Depot Activity (UMDA), the facility was established in 1941 as an ordnance facility for storing conventional munitions in support of the United State's entry into World War II. In 1962, the Army began storing chemical munitions at the facility. The facility was placed on the U.S. EPA National Priorities List NPL) in 1987. The Base Realignment and Closure (BRAC) Commission in 1988 listed UMDA for closure, which is scheduled for 2004, making the land available for private sale and use after that time. Current plans call for the facility to be made available for wildlife management, commercial and industrial development, and, possibly for agricultural use.

It lies approximately 3 miles south of the Columbia River, in Umatilla and Morrow Counties, Oregon (population 59,250, and 7,650, respectively). The facility is located about 12 miles northwest of Hermiston (population about 10,050). There is currently no on-post housing. The Depot occupies a roughly rectangular area of 19,728 acres. The U.S. Army owns about 17,054 acres. The remaining acreage is covered by restrictive easements.

From 1945 to the present, ordnance and other solid wastes generated at UCD were burned, detonated, or otherwise disposed of at the ADA. Twenty sites were identified at which these activities were conducted. The risk associated with future exposure to the contaminated soil in the ADA exceeded the National Contingency Plan guidelines and indicated remediation was required. In addition, the sites contain unexploded ordnance as a result of ordnance disposal operations.

The facility was established in 1941 as an ordnance facility for storing conventional munitions in support of the United State's entry into World War II. The construction of 1,001 ammunition storage igloos began in February 1941. Subsequently, the functions of the Depot were extended to include ammunition demolition (1945), renovation (1947) and maintenance (1955). The U.S. Army began storing chemical munitions at the facility in 1962. Conventional (explosive) ordnance is no longer stored at UMCD. Chemical weapons are stored at a separate facility within the boundaries of the depot. These weapons are scheduled to be destroyed by 2004. No transfer of land will be made until the chemical weapons stored within the facility are neutralized.

Umatilla’s stockpile consists of projectiles, rockets, land mines, spray tanks and bombs containing the nerve agents GB and VX. Ton containers stored at the depot are filled with the blister agent HD, more commonly referred to as mustard agent. Chemical weapons storage facilities are operated under the U.S. Army Chemical and Biological Defense Command. Currently 12% of the nation's stockpiled chemical munitions are stored within UMCD. In 1986, in response to public concern about the potential health threat posed by the disposal of chemical weapons, Congress passed Public Law 99-145, which requires the Department of Defense (DOD) to dispose of chemical weapon stockpiles. In accordance with 50 U.S.C. (War and National Defense), (Chapter 32) section 1521, that mandates the destruction of chemical weapons by December 31, 2004, the U.S. Army plans to build and operate an incineration facility to treat the chemical weapons stockpiled at UMCD.
Links: en.wikipedia.org
2,587 views