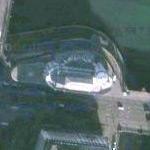 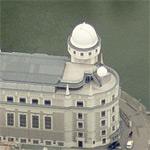 t was built according to the plans of Art Nouveau architect Max Fabiani (a student of Otto Wagner) at the mouth of the Wien River and was opened in 1910 by Emperor Franz Joseph as an educational center with a public observatory. It was named after the Muse Urania who represents Astronomy.
Links: en.wikipedia.org
789 views