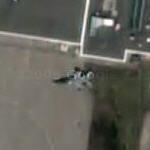 Outer Wing Panels are a basic structural component of the F/A-18 wing, which is typically folded up during aircraft carrier operations or in confined spaces. These repairs mitigate the risk of critical failures due to age, corrosion and metal fatigue, as part of corrective maintenance procedures for the aircraft. The U.S. Navy currently operates over 800 F/A-18 aircraft.
Links: news.thomasnet.com, www.flightglobal.com
543 views