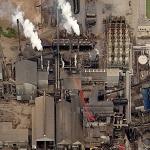 On June 24, 2008, Florida Governor, Charlie Crist announced the state was to buy 187,000 acres and all the manufacturing and production facilities of US Sugar for $1.7 billion to help in restoration of the Everglades. In November 2008 the plan was revised to $1.34 billion and the plan allowed for the sugar mill in Clewiston to remain open for another decade.
Links: www.nytimes.com, www.theguardian.com, www.ussugar.com
580 views