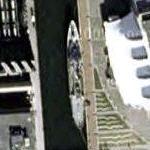 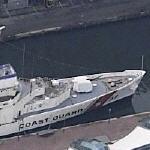 At sea for 80 of the first 90 days of war, Taney carried out anti-submarine patrols off Hawaii, and later served as a convoy escort in the Pacific through 1943. Following a major refit, the cutter was transferred to the Atlantic in 1944 where she escorted six convoys between the East Coast of the US and North Africa. On 20 April 1944, Taney helped fight off a German torpedo bomber attack on Convoy USG 38 off Algiers. Converted to an Amphibious Command Ship in 1945, she participated in the battle for Okinawa downing four Japanese Kamikazes and one "Betty" bomber.

Known as "The Queen of the Pacific," Taney was home ported in Alameda, CA, from 1946 to 1972 carrying out ocean weather patrol, law enforcement and search and rescue duties. During 1969-70, the cutter was assigned to Coast Guard Squadron III off South Vietnam where she helped interdict the flow of arms along the coast, fired over 3400 rounds of 5/38 ammunition in naval gunfire support missions, and provided medical assistance to over 5,000 South Vietnamese civilians.

Transferred to Little Creek, and later Portsmouth, VA, in 1972, Taney completed the last Coast Guard ocean weather patrol in 1977, and from 1977 to 1986 carried out search and rescue duties, training cruises for the Coast Guard Academy, and drug interdiction in the Caribbean. In one 1985 drug bust Taney seized a record 160 tons of marijuana. Decommissioned on 7 December 1986, she is displayed in Baltimore's Inner Harbor along with USS Torsk and Lightship 116.