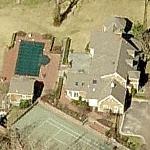 During his tenure at MTV, he helped turn the channel into a reality TV powerhouse in the late '90s and early '00s with shows like Jackass, The Osbournes, Punk'd, and later Teen Mom and Jersey Shore. In 2000, Toffler moved up to president of MTV and MTV2; two years later he assumed control over the broader portfolio of MTV properties, including VH1 and CMT. He's also responsible for broadening the company's reach to the big screen with MTV Films, which has produced movies like the Jackass movies, Napoleon Dynamite, Hustle and Flow, and Blades of Glory.
Links: www.imdb.com
944 views