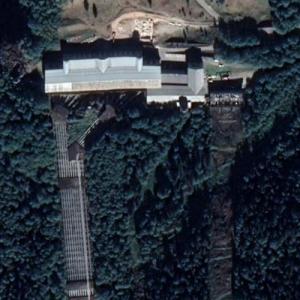 In 1911, the Vemork hydroelectric power station started exploiting the tremendous power in the waters that flow from the mighty Hardangervidda down into the narrow Vestfjord valley.

Norsk Hydro, Norway’s great industrial adventure, was born here, among the perilous cliffs and deep gorges. Later it became the center of attention for other reasons; one of the most famous sabotage actions during World War II occurred at Vemork. The struggle for control of the heavy water plant took more than two years, involved four assaults and claimed 92 lives.

Today this beautiful stone building houses an exciting and rich museum. The museum gives us a picture of the sabotage actions that prevented Hitler form carrying out his atomic project. The museum also gives an insight into the Norwegian Labour movement. The old machine hall has been preserved in all its glory and is a sheer treasure for those interested in hydroelectric power. Further, the museum is often selected to exhibit world-renowned theme presentations.
Links: www.hydro.com
868 views